publication on Tropospheric NO2: Explorative analyses of spatial variability and impact factors

publication on Tropospheric NO2: Explorative analyses of spatial variability and impact factors

A new publication by Hannes Taubenböck and his team is available online about “Tropospheric NO2: Explorative analyses of spatial variability and impact factors”, published in Remote Sensing of Environment. From the abstract: “In order to study spatial patterns of nitrogen dioxide (NO2) and its impact factors, consistent and area-wide information is essential. With TROPOMI aboard Sentinel-5 Precursor (S-5P), daily tropospheric NO2 observations have become available with an unprecedented spatial resolution of 3.5 km × 5.5 km. However, a systematic study of tropospheric NO2 patterns on a national scale and with preserved high spatial resolution is still pending. In addition, the increasing availability of area-wide, high-resolution data for large study areas presents new challenges for analyzing impact factors, such as spatial heterogeneity. Based on the annual mean tropospheric NO2 of Germany (September 2018 to August 2019) resampled to a 1 km × 1 km spatial resolution, the subject of this study was twofold: on the one hand a hot and cold spot analysis was performed, on the other hand, non-meteorological factors influencing tropospheric NO2 were investigated within spatial regimes of different land use / land cover (LU/LC) compositions. A total of 24 national hot spots were identified with the majority located in urban areas. The spatial regime-based impact factor analysis revealed that most correlation coefficients between LU/LC and tropospheric NO2 are highly dependent on the location. Some other factors, however, were found to have a strong impact on tropospheric NO2 independent of the location (impervious surfaces, population and road density). Although this study is based on tropospheric column data, and meteorology has not been considered yet, the analyses demonstrate the contribution of Sentinel-5P/TROPOMI data to a better understanding of the high-dimensional and complex relationship between NO2, the atmosphere and the composition of the land surface and its use.” 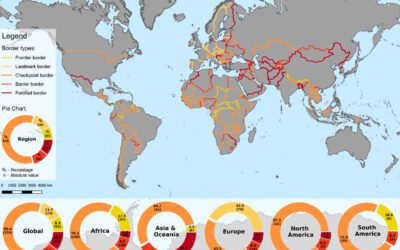 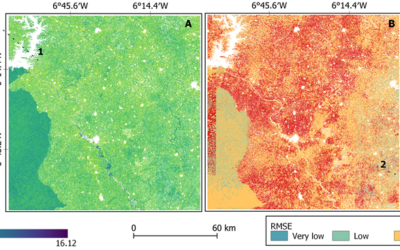