A new NATURE piece on biodiversity indicators from space just got published. The article stresses the importance for collaboration between ecologists and space agencies on a global strategy for monitoring Earth’s biodiversity from space. Currently, different countries track different biodiversity variables, such as habitat types and ecosystem functions, inconsistently. The article proposes quantities, such as vegetation height and leaf area, that can be derived consistently from satellite data and used to monitor deforestation and biodiversity loss across the globe. Conservation scientists need to collaborate with space agencies, such as the National Aeronautics and Space Administration (NASA) and the European Space Agency (ESA), to identify measures which help track biodiversity declines around the world.
In a move that previously proved successful in helping to monitor climate change on a global scale, scientists believe that space technology could help track biodiversity across the planet. Satellite images can quickly reveal where and how to reverse the loss of biological diversity. Vegetation productivity or leaf cover can, for example, be measured across continents from space while providing information about biodiversity levels on the ground.
Publicly-funded space agencies, including NASA and ESA, already collect and regularly provide open-access to satellite data. However, a lack of agreement between conservation biologists and space agencies on a definitive set of variables to track, as well as how to translate such information into useful data for conservation, has meant that so far this game-changing resource has remained untapped.
Dr Nathalie Pettorelli, co-author of the comment and researcher at ZSL, said: “With global wildlife populations halved in just 40 years, there is a real urgency to identify variables that both capture key aspects of biodiversity change and can be monitored consistently and globally. Satellites can help deliver such information, and in 10 years’ time, global biodiversity monitoring from space could be a reality, but only if ecologists and space agencies agree on a priority list of satellite-based data that is essential for tracking changes in biodiversity.
“So far biodiversity monitoring has been mostly species-based, and this means that some of the changes happening on a global-scale may be missed. Being able to look at the planet as a whole could literally provide a new perspective on how we conserve biological diversity.” Dr Andrew Skidmore, lead author and Professor at ITC University Twente, said: “Satellite imagery from major space agencies is becoming more freely available, and images are of much higher resolution than 10 years ago. Our ambition to monitor biodiversity from space is now being matched by actual technical capacity. As conservation and remote sensing communities join forces, biodiversity can be monitored on a global scale. High tech satellites can assist in conserving biological diversity by tracking the impact of environmental policies worldwide.” 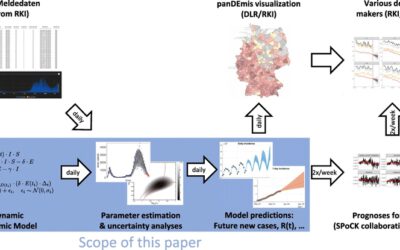 New publication co-authored by our PD Hannes Taubenboeck on "Data-driven prediction of COVID-19 cases in Germany for decision making" in BMC Medical Research Methodology. From the abstract: " The COVID-19 pandemic has led to a high interest in mathematical models... 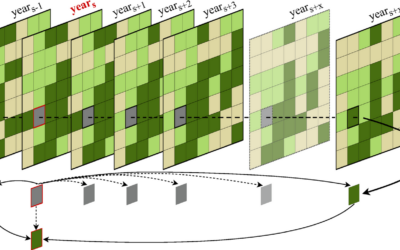 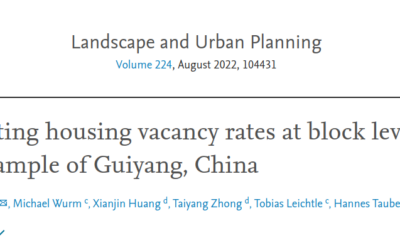 Hannes Taubenböck and colleagues published a new article on "Estimating housing vacancy rates at block level: The example of Guiyang, China" in Landscape and Urban Planning. From the abstract: "For the real estate market, housing prices as well as housing vacancy... 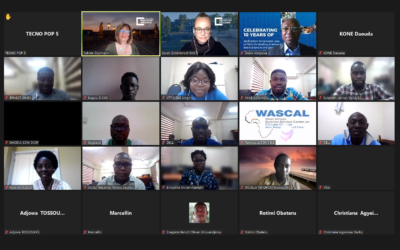 For the second year in a row, WASCAL graduate students from the diverse WASCAL Graduate Schools in West Africa joined the workshop “Intercultural Competence – Communications with the German Research Landscape”. This workshop was provided virtually by colleagues from... 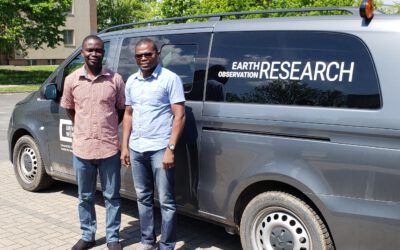 We are happy to welcome two guest scientists from the WASCAL Doctoral Studies Programme at our Department of Remote Sensing at the Institute of Geography and Geology, University of Würzburg. Richard Adade (above picture left) from the WASCAL Graduate School on Climate... 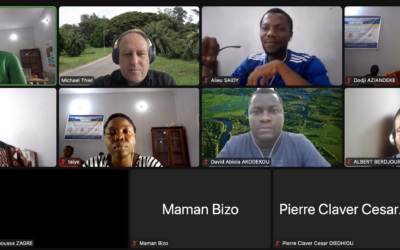 Last week our colleague Michael Thiel gave an online course on Agricultural Land Use Mapping at WASCALs Doctoral Studies Program on Climate Change and Agriculture, which is based on the IRP/IFRA Campus in Katibougou, Mali. The course content included theories on...